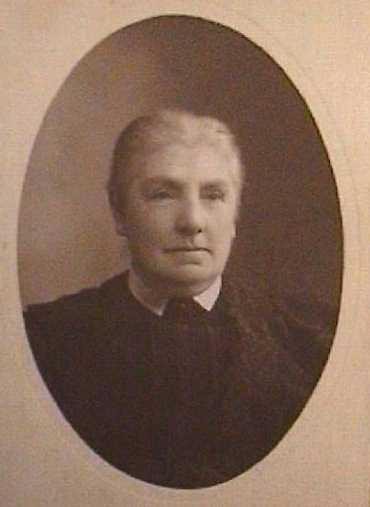 In October this year (2021) I had one of those WOW moments when I was contacted via this website by a lady living in the Midlands who  informed me  that about 20 years ago she had discovered a small almanack dated 1865 which had been lying in a Charity Shop and belonged to an Eliza Piggott and since then had been trying to find where Eliza may ‘belong’.  And with the power of the internet she did!

The information contained in the small book is an excerpt from the period in Eliza`s life (she was 21 years of age)where she met her future husband Frederic Bradley and gives a little insight into life at the time and their courtship over some months.  They married two  years later in 1867 in St Luke`s Church, Cannock.  Eliza and Frederic are of course my great grandparents.  With all the photos of those times (mostly unidentified) one gets the  impression of very serious and sombre times – dark colours and not too many smiles.  The words of the ‘diary’ bring these characters to life, particularly Eliza.  Whether the dates in the book actually relate to the dates at the time I`m not sure as they are randomly covered.  Occasionally the writing has been hard to decipher.

I detail below the contents.

A fond and loving spirit thou

Far far away from me art now

I miss the hand of friendship thine

The heart that all my feeling know.

This is a list of items for her personal account one assumes which range in price between 1 shilling and 5 shillings.  In the received column is £6 10s 0d.   Outgoings, 3 prs of gloves, veil, waistband, music, teapot stands, bear(?), pomatum, chocolat, scent, Sordham(?), Cook, cards, band, stamps.  These items totalled £1 18s 6d.chocolat, crackers, glass were then added at 4s, 1s and 6d respectively.

13th Friday *i – Kate Tredwell went home.  Mr Cahden came and he and Mary went to ?

17th Tuesday – Such a lovely day Mr Cahden ? He stayed all night but Sargent and Alice (*iii) dined at St John`s Lodge.

18th Wednesday – Mr Cahden left.  Had a dinner party ?  and a bit of a dance afterwards.

19th Thursday – Received a letter from Mr Bradley much pleased.  Such a foggy (Cari would like to think it was happy!!) day.

20th Friday – We went to see David Garrick ?  We were so much pleased I cried awfully

22nd Sunday (*v) – Went to Christchurch in the morning.  Some of them went up to Dale House after dinner.  Left Norwood about nine was so glad to get to Birmingham.  Saw Mr Bradley he promised to come to Cannock.  Busy putting things  managed to get down to Hednesford where they were skating.  A very cold day.  Lizzie and Edith Gilpin ? dined with us.

28th Saturday – John and Mr Cahden went to Birmingham they came back alone.  How sorry I felt but would  not own.  He came however by the eight train.

11th Saturday – Bessie, Henry, Harry and Fred came by the train such a pleasant party.

13th Monday – Henry and Bessie left.  John went with Fred to Kidderminster came back very fine.  We all went to the Limes.

14th Tuesday – not down very early went skating on the Hednesford Pool  lunch at Mrs Paulis??

16th Thursday – Fred went by first train so miserable without him.

17th Friday – Had a letter after all which enlivened me.

18th Saturday – John went to Kidderminster.  I wish I were with him.

20th Monday (*vi) – Mr Cahden left by first train.  Rather surprised to see John come in about nine with Fred and Charlie.  We had such a game snowballing brought((?) several windows.  Fred and Charlie went.

23rd Tuesday – Papa took Nellie/Lillie(?) home  we were so sorry to part with her.

24th Wednesday – Missed the child so much.

25th Thursday (*vii) – Mary and I went to Cannock met the train only Sam came.  Fred missed the train did not get here til nine.

26th Friday – Such a wet morning we none of us went to Church.  Mama poorly in bed.  Fred and I went a long walk.

27th Saturday – Fred drove down to the Limes.  I went with him and then to the colliery.  Sam and Fred went by the one o’clock train.  John with them.  A busy day being washing day.

1st Wednesday (Ash) – I did a little ironing (Cari`s note – ironing really!!)  Quite an April day so showery.

2nd Thursday – Mama and I went to Birmingham such a wretched day.

4th Saturday – Mary and I went into Cannock we went to meet the train.  Fred came I was so glad.

5th Sunday – We went to Cannock Church all but Mary who had a bad cold.

6th Monday – Fred and Charlie had to leave very early.  They drove to Wolverhampton.

7th Tuesday – I went into Birmingham by the first train met Marianne Harris did some shopping.

8th Wednesday – Got home at five.  We went into Cannock went to Mrs Adams saw Capt. Gilpin called on the Woods?

9th Thursday (*viii) – Mama, Mary and Marianne went to Rugeley.  I was at home alone.  The Paulis(?) and Hoptons came to dinner.  Such a miserable day we did not go out.

11th Saturday – Tom ?? coming over to dinner. Marianne and I walked to Cannock called on Mrs Hopton saw Capt. Gilpin.  It was so miserable not to see Fred.  ?came.

12th Sunday – I went up to the Hednesford school early all the others came t ? service.

13th Monday – Mama and the others went up to Cannock.  John`s first drill it was rather wet.

14th Tuesday – We did not go out all day.  I was very naughty am afraid. Dr Hopton came to dinner in bed at eight.

15th Wednesday – Went to morning prayers at Cannock.  Saw the Woods and Gilpins.

16th Thursday – Marianne left by the first train.  Papa went with her to Birmingham.

17th Friday – Very busy evening Mrs Stephens and Mrs Joseph came over to dinner with us.

18th Saturday – Such a very cold day.  Fred came by the five o`clock train was so glad to see him.

19th Sunday – Fred took me up to the Sunday School.  He and Mary came to the service had a very cold walk.  Fred went by the one o`clock.  Felt as usual very dull without him.  It is very silly when I know how he loves me.

*i Kate Tredwell – daughter of  William and Martha Tredwell – Eliza`s cousin.  Kate married William Henry Dawes in 1866.  These Tredwells lived in Handsworth in 1861.

*v. – Lizzie and Edith Gipin in 1861 lived with widowed father Frederick at Chapel House, Cannock.  There is a Captain Norcliffe Gilpin on ancestry married Louisa Maria Clarke in 1868?   1871 Frederick and family (not Lizzie) are at High Green, Cannock.